iskandarkadyrov.com
Producer and author of the original idea Iskandar Kadyrov

"I was his first love, and he seems to be my last"
iskandarkadyrov.com
Archive
October 8, 2022 will mark the 130th anniversary of the birth of the Silver Age poet Marina Tsvetaeva.
promo video
TsvetaevaGALA

«My companion and guide, Along those Medonian woods, Thank you for walking: for the stars, the moon and the sun...» 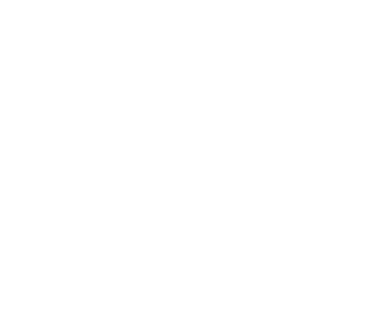 TsvetaevaGALA
Musical and dramatic performance
About the nature of feelings and the fragrance of time,
About the mystery of the gift of poetry.

Original idea: Iskandar Kadyrov
Producer: Iskandar Kadyrov
She is the brilliant poet Marina Tsvetaeva, 34 years old that summer. Her correspondent and lover were Nikolai Gronsky, an 18-year-old young man from a professor's family of emigrants, an aspiring poet. Tsvetaeva wrote from a resort town in the south of France, she was looking forward to the arrival of her beloved and was happy. He responded from Paris with the ardor of a poet in love. Young Gronsky was not inferior to Marina neither in the strength of affection, nor in the level of intelligence, nor in nobility. In the letters, the interlocutors appear in many hypostases: lovers, friends, mother and son, mentor and pupil. "I was his first love, and he seems to be my last," Marina would later write.
Beautiful, boisterous and varied music is an important part of this amazing dialogue. It is the inner world of the characters, their experiences and hopes, as well as the independent value of the enormous scale of events happening right now on stage between the characters. The play features classical works by Mozart, Bach, Chopin, Ravel, and Vivaldi, as well as by Eric Satie and Alfred Schnittke.
TsvetaevaGALA

People's Artist of the Russian Federation - Maria ARONOVA
Vladislav GANDRABURA
State Academic Symphony Orchestra of Russia E.F. Svetlanov
(GOSORCESTR)
"The country's first orchestra." The State Orchestra has represented Russian art in Australia, Austria, Belgium, Denmark, Hong Kong, Italy, Canada, China, Lebanon, Mexico, New Zealand, USA, Thailand, France, Switzerland, South Korea, Japan, and many other countries. The orchestra's concerts have been held at the world's most famous venues, including the Bolshoi Concert Hall, the KZhK, the GKD, Carnegie Hall in New York, the Kennedy Center in Washington, the Musikverein in Vienna, Albert Hall in London, Pleyel in Paris, the Colon National Opera House in Buenos Aires and Suntory Hall in Tokyo.
About orchestra
“
"Wonderful play of the actors, both mother and son are great! Maria Aronova is as good in her dramatic role as she is in her comedic roles, she knows how to hold the audience with her energy! And the live symphony orchestra gives such a splash of emotion! Each melody strikes a different chord in your soul. Loved the premiere!!!"
- Svetlana Konovalova
“
"Laughter, goosebumps, a lump in the throat, tears, a sea of emotions..... All this by Maria Aronova, accompanied by the Svetlanov State Academic Symphony Orchestra of Russia.
— Den Tsukanov
“
Great play, subtle, touching and warm! And very modern!!! Huge thanks to the performers and organizers!
- Irina Ulybina
“
#Tsvetayevagala. A love story with beautiful music and a sad ending. Let love rule the world. Never part with your loved ones! Thank you to #Mariyaaronova and #Vladislavgandrabura for a wonderful evening. #music house #art #poetry.
— Изабелла Леденева
“
Revelations in the letters, subtly tinged with music, male and female, low and high, strength and weakness, a story, of which there are many. I knew nothing about Tsvetaeva except her poems - honest, touching frankness with myself and the addressee. And very little about life. I only heard their story with her husband, and the story of "little" Kolenka I do not know. When talking with my mom, be sure to ask for details, on occasion, read the biography. Maria Aronova herself is amazing, but in the image of Tsvetaeva and quite stunning: sincere, straight, open, sharp, full of opposites, knowing what he wants and gets it felt, suffering, loving. And so harmoniously, so truthfully... State Academic Symphony Orchestra of Russia named after Svetlanov. Svetlanov State Academic Symphony Orchestra of Russia - the performance is top class as always, the music is beautifully chosen, and to see our favorite musicians in summer clothes is so unexpected and warm. PS And, of course, the MDM - a long-awaited acquaintance, I was sure until the middle of the day that I would go to the MDM. I was corrected in time - the "Pot" inside is beautiful, the view from the windows is gorgeous, the hall is bright, the chairs are comfortable and very cozy. PPS It's a shame that real letters are so rare these days.
- Olga Myskina
“
Thank you very much! I liked it very much, a very touching combination with the music. And Aronova really liked it!
- Valery Shvaenko
“
"Some people, after watching my stories, impatiently asked what interesting thing I went to see on Monday at the International House of Music. ???? "You can't call it a play or a concert, a show or performance sounds pathetic and ridiculous...It's hard to find the right definition, maybe the performance would be the best title for the "Tsvetaeva Gala".
I thought it would be a commonplace literary evening in honor of the 125th anniversary of Tsvetaeva's birth: a poetry reading, stories from her biography, memories of contemporaries... To be honest, Marina Ivanovna is far from my favorite poet: her creative work is alien to me, her love affairs with men and women cause incomprehension, and her final act - her suicide in the evacuation in Elabuga - is perplexing. She was left with a husband, children, a sister...
But on Monday night I decided to get out of my comfort zone and go to see Tsvetaeva: invitations to the only screening, front row seats, and with Maria Aronova in the lead role, why not?
The inimitable Maria Aronova and her equally talented son Vladislav Gandrabura to the musical accompaniment of the symphony orchestra opened for me a new page in the life of Tsvetayeva.
He is 18, a budding poet, very secretive and distinctive. She is 34 - she is a famous poetess, whose poems are penetrated by longing for the homeland, thoughts of death, of loneliness ... They met in Paris, in emigration, he came to her for a book and remained in her life forever - in letters. Letters filled with passion and tenderness, intellectual humor and screaming pain, caring and so reverently nurtured the desire to spend a warm September together by the sea.
But fortune had decided otherwise: they were not destined to be "two at liberty". He was 25 when he was hit by a train; she was 48, when she departed this life, having outlived him by seven years. Their correspondence was published quite recently - "M. Tsvetaeva, N. Gronsky.
Well, I have three days full of thoughts about "Tsvetaeva Gala", the tabs on my phone are full of her name, and a trip to the poet's museum is planned in the calendar.
— ya_spirina
Events archive
Iskandar Kadyrov's Ticket Service
Anniversary concert of the Igor Moiseyev State Academic Folk Dance Ensemble. The State Academic Bolshoi Theatre of Russia
Archive of Social and Cultural Projects
Russian Entertainment Awards
Russian National Entertainment Industry Award 2006-2016
DEU
ELL
ENG
FRA
JPN
IND
ITA
POR
RUS
SPA
SWE
TUR
ZHO
2022 © ISKANDAR KADYROV
All rights reserved | 18+
Terms and conditions
For investors
Get in touch
Cookies Notification Messages
Our website uses cookies to improve your experience
Accept & Proceed
settings
Cookies Notification Messages
Settings window
Confirm